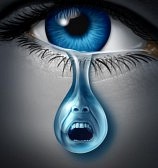 My friend’s eight-year-old son punched a hole through the sheetrock of his new classroom two months ago. His parents had moved him from the elementary school he’d attended since kindergarten because he was eating his lunch alone or not eating at all. He refused to go on the family’s spring vacation and requested a home office instead so that he “could get his life organized.”

None of the behavior rang alarm bells–the son had always been extremely quiet and unusually bright. But, when the small fist of the shy kid went through the sheetrock, people started looking for answers. Inside the boy’s black journal, there were stick figures of ambulance workers loading a child into the back of a car. “I need to go to the hospital,” he told his mom.

My friend says she feels as if she can’t breathe correctly. It started when her son sat in the car outside school that day and told his mom he’d been coming up with ways to kill himself.

“I have several ideas,” he said, staring into his hands.

“Thank you for telling me,” she whispered back.

She tried to be calm on the drive to the emergency room. She was told there were ten children ahead of her son, all waiting for a psychiatric bed to open.  The administrator said the boy could be there all weekend and not be treated for his mental health condition.

“Can you imagine breaking your leg and being told you’ll need to wait a week to get care?” she asked. They sent the family home with a bottle of anti-depressants, but without a referral to a psychiatrist.

His tongue swells. His stomach churns. He wakes up in cold sweats at night, drenching the sheet. There is no one to call to see whether the side effects are normal or worrisome. Someone in the family must sleep with the boy at all times. Someone is always on duty; to follow him to the bathroom and wait while he showers.

They eat meals with plastic utensils.

There is only one thing I offer that seems to help: “The majority of young people experiencing their first psychotic episode will make a complete recovery.”* It’s a reference point my friend desperately needs to have repeated.

The trajectory of recovery is variable. It takes weeks to know if a certain drug is the right drug, or whether it is even working. There is the risk that anti-depressants may make some children more suicidal. Some people get better quite suddenly. Others relapse, and then gradually get better.

Accessing the mental health patchwork of services is  like running a corn maze blindfolded. There’s always another obstacle. You wish someone who was in charge could give you a map.  Her days and nights stretch into one another. For the first time in months, she heard her son playing his guitar and she cried. But there is silence from the outside world.

*The National Institute of Mental Health reports that “unlike most disabling physical diseases, mental illness begins very early in life. Half of all lifetime cases begin by age 14; three-quarters have begun by age 24. Thus, mental disorders are the chronic diseases of the young. For example, anxiety disorders often begin in late childhood, mood disorders in late adolescence, and substance abuse in the early twenties.”

*A combination of funding cutbacks,  cuts in the Oregon Health Plan, rising health care costs and a decrease in the number of psychiatrists have all contributed to what has become a crisis-level shortage of beds for mental health patients in metropolitan Portland.